Nikon D3400 Review: Does This Deserve To Be The UK’s Best Selling DSLR Camera?

Spolier alert: the answer is no.

The Nikon D3400 is an entry level DSLR powered by an APS-C sensor. Nikon’s APS-C sensors have a size of 23.5mm x 15.6 mm. This particular APS-C sensor churns out a meaty 24.2 effective megapixels. In real world sense that results in large fine JPEGs and RAW frames of the size 6000 x 4000 pixels.

The camera replaces the older Nikon D3300 and is pitted against the likes of the Canon EOS Rebel T6i and the smaller Rebel T6. The entry level DSLR segment is dominated by Nikon and Canon. This segment is directly aimed at the consumer segment. Thus, a lot of the cameras come with easy to use intuitive features and connectivity options that at put them at par with smartphone cameras.

The entry level segment has been heating up over the last few years. Manufactures are trying to woo their customers with the promise of a bigger sensor and better image quality compared to what they can shoot with smartphone systems. This segment is cluttered with multiple offerings by all manufacturers. Here we shall take a closer look at the camera and find out more about its features.

As noted above, beating at the heart of the D3400 is a 24.2 megapixel APS-C sensor capable of producing images of the size 6000 x 4000 pixels. Sensor size hasn’t changed really since the D3300, and for that matter since the D3200. Like the D3300 before it, the sensor on the D3400 has no optical low-pass filter on it. The lack of an optical low pass filter means images are going to be distinctly sharper.

Sensor size will not make too much of a difference, at least not for those who are looking to share their photos online and probably never print. At times if you do want to make a 20” x 13” print. You can do that without ever needing to upscale the image or do any other fancy stuff.

For most everyday shooting requirements 11 AF points is good enough. You can use single-shot auto-focus and use the focus and recompose technique and it would be fine. But, having said that, when you move to more demanding photo assignments you will realize that the reach and the number of AF points is woefully short.

Compared to the D3400, its nearest competitor the Canon Rebel T6i has 19 AF points. All of them being cross-type. The Canon definitely has the edge when it comes to auto-focusing.

These days a DSLR isn’t just a still shooting medium. It has to shoot great quality videos as well. Specially, when the category we ae talking about is the entry level segment of the market. The D3400 shoots full HD videos, the same as the older D3300. You can choose between the cinematic 24 frames right up to 60 frames per second.

Alternatively, if you are only going to share your clips online and file size is a constraint choose the 720p HD resolution.

File format of the clips recorded is MOV. You can record a maximum of 20 minutes when recording in the highest quality and up to 29 minutes and 59 seconds when recording in normal quality. The built-in microphone on the D3400 records monaural sound. The bad thing is there is no option to plug in an external microphone. Even the older D3300 had that feature. If your idea to buy a DSLR is to record both stills and videos with crisp sound quality then the D3400 wouldn’t satisfy the second requirement.

The back of the camera comes with the standard 3” LCD screen. The screen gives full 100% coverage of the view captured by the sensor. The resolution of the screen is a modest 921k-dots. Just like the D3300 before it, the LCD screen on the D3400 is fixed. The lack of articulation means it gives you absolutely no additional freedom to compose when shooting from tight positions. Let’s say you are filming a street scene while holding your camera above your head, or shooting in a tiny room. It is imperative that you shooting in live-view mode with the LCD screen as your window to compose. Having an articulated scene is extremely useful in such situations. The D3400 does not give you that freedom. The rival Canon Rebel T6i has a fully articulated screen.

The only glaringly improved feature on the D3400, over what we have already seen on the D3300, is its new battery.

The new battery is rated to give up to 1200 shots as compared to the one on the older D3300, which gave only about 700 shots per full charge.

Connectivity is nothing out of the ordinary

The D3400 loses out on a built-in Wi-Fi connection. This is one feature that most consumers would feel is missing in the new camera. But having said that, the D3400 does have Bluetooth connectivity. So, technically, you can still transfer images seamlessly from your camera to your smartphone. You will need the SnapBridge App to do that.

Plus, the new D3400 is Eye-fi card compatible. That means you still get wireless transfer option from your camera to your laptop. Another feature that upper-end smartphone users would have loved to see on the D3400 is NFC connectivity. Rival Canon has this feature along with built-in Wi-Fi on the T6i.

Let’s make one thing pretty clear. This is not a mid-range DSLR. It is not expected that the build quality would be top-notch either. Having said that, it does not feel cheap in the hands. Although, construction of the camera is done with a generous amount of plastic and some metal elements it feels solid in the hands. The overbearing presence of plastic elements means the camera is quite light. In fact it is under 400 grams without the battery and the memory card. There is not much of a difference between the D3400 and the D3300 in terms of design. The similarities are glaring and the differences are not apparent.

The D3400 isn’t the best entry level camera out there. It is not the one with the best auto-focusing feature and certainly not the best when it comes to movie shooting. Canon’s Rebel T6i is most definitely the better of the two cameras in terms of their specs. But having said that, the Nikon has a sharp sensor, one that does not have an optical low pass filter and that means it is possible to get razor sharp details when in the right hands. Plus, the T6i is nearly 250 dollars pricier. With that amount of money you can invest in a small travel tripod which will be an excellent investment.

I found this helpful

I didin't find this helpful 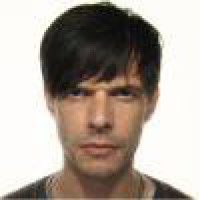 John B is a British-American writer with 20 years of experience penning news and features and a background in photography, anthropology and social theory. A polyglot, he has lived and worked in many countries, across three continents.

The 5 Best Nikon Lenses in 2018
Previous

Has The iPhone Made Us Lazy Photographers?
Next